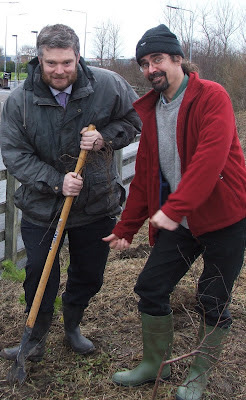 The Mayor of Galway City, Councillor Niall O Brolchain with artist Lol Hardiman planting trees at the community tree planting event in the Terryland Forest Park in the week prior to Christmas. (Note: Lol, as well as being a great communicator & teacher, is one of those unique individuals that combines a great artistic talent with a deep sense of respect for Nature).
Terryland is Ireland's largest urban forest park programme that grew out of a campaign that I initiated in 1996 to secure a major recreational park and wildlife habitat for Galway. It was also to act as an ecological corridor to link the River Corrib to the rural lands on the eastern boundary of the city. For the first few years of its existence in early 2000, it captured the imagination and involvement of the people of Galway due to the foresight of the new parks manager at City Hall and a high profile pro-active multi-sectoral steering commitee. 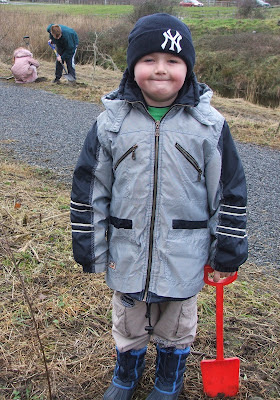 However, due to the complete failure by city council to maintain an active community participation for a few years, it has at this stage lost the strong citywide goodwill that once was its raison d'etre. Only a handful of citizens turned up at the December planting compared to the thousands in years gone by.Threatened now by development pressures, there must be a clear attempt over the next few months by all vested interests to ensure that the park once again becomes a shining example of ecologists, stage agencies, local government and the public working together to create a true urban People's Park & Wildlife Sanctuary.
It is certainly not too late to achieve this goal. 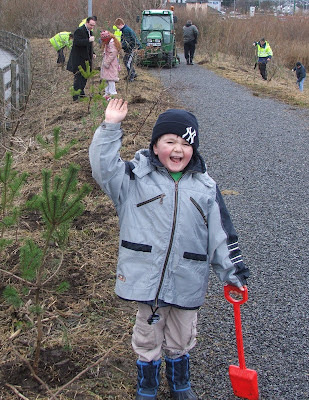