Christmas 2006 in Galway, - A Walk along the Monivea Bog 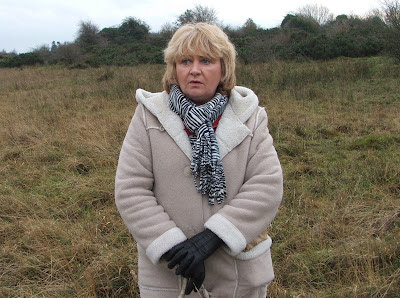 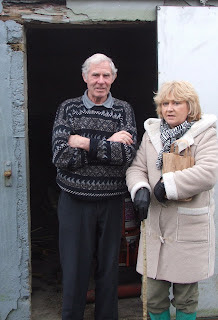 which as you can see from the photographs in this article, have an intrensic natural beauty.
Our family own some small agricultural lands near the village of Monivea in east Galway as a result of an inheritance that my wife Cepta received in 2006.
Like much of rural Ireland, agriculture here is in serious decline with the small family homestead nearly a thing of the past. Young farmers are a rare phenomena. Most of the people still farming today are of the older generation. Farmers such as our neighbour Jimmy Flaherty photographed here with Cepta.
Jimmy still retains a vibrant active farm which can boast of a bull, a big herd of cows, a fine flock of sheep... (see my previous articles on this subject indluding 'Down on Jimmy's Farm' at http://brenspeedie.blogspot.com/2006/03/down-on-jimmys-farm-co.html) 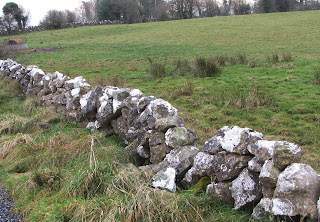 But Jimmy is very much the exception. For the biggest cash crop today is the selling of land for the construction of houses. Hence, there is a danger that the countryside will soon be urbanised by networks of unsustainable housing development. 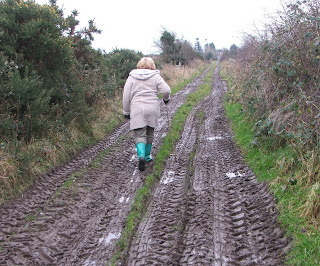 transformation and switch to the production of bio-fuel crops, forestry and organic foods. While fossil fuels are the main culprit in world climate change, oil anyway will soon reach its peak due to growing demands from China and India. Bio-fuels such as ethanol could provide one sustainable energy alternative. Likewise there will, over the next few decades, probably be a shift towards sourcing food locally as the cost of transport will rise significantly. With the cost of chemical fertilisers and the damage they cause to the environment also becoming unacceptable, organic foodstuffs will become more economically attractive. 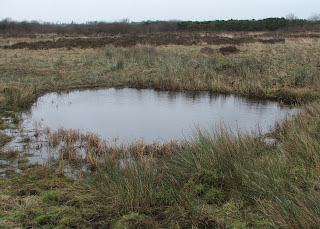 Likewise the importance of designating large chunks of the countryside as protected natural habitats is vital. Too much of our natural forests, rivers, bogs and wetlands have been destroyed by mankind's selfish actions. Now this greed is coming back to haunt us as a result of warming temperatures, rising sea levels and deforestation.
Photo of a bog pond 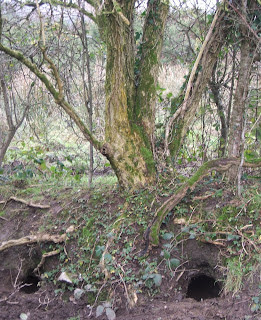 Badger Sett
Photo: Entrances to a Badger sett, Monivea Bog
There should be future now for paying some farmers to metamorphise into 'guardians of the natural countryside'. Not only in order to regenerate habitats and bring back the wildlife, but to allow urban dwellers to enjoy the beauty of Nature.
The Bog at Currantarmuid (Irish = lands of the church or monastery) contains an abundance of wildlife including the fox, the pine marten and the badger, Ireland's largest wild carnivore.
Unlike some farmers, Jimmy Flaherty doesn't view the badgers as a major source of bovine TB. 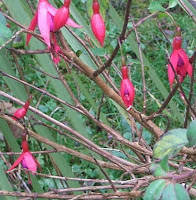 But the signs of warming temperatures are becoming more and more apparent.
This year once again, we had no snow but weeks of storms and constant rainfall.
The weather is now so mild that plants are budding early as the photo of this Fuchsia taken during Christmas week amply illustrates. 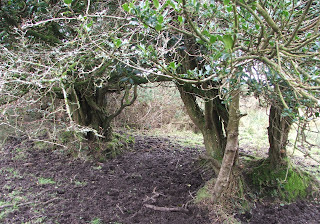