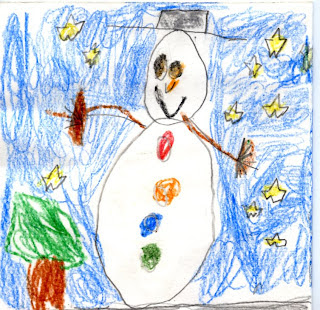 One of the great things about Irish primary schools today is that teachers encourage pupils to create their own greetings cards for each of the traditional annual religious or national festivals such as Easter, St. Patrick's Day and of course Christmas. 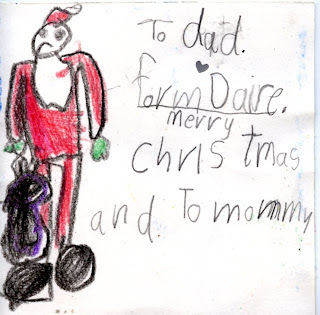 The two samples shown were part of the wonderful Christmas card specially made by my son Daire in class for the benefit of Cepta and yours truely which he gave us in the lead up to Christmas.

I love artistic hand-made cards rather than the impersonal mass-produced or computer-designed ones. For they can oftentimes capture the personality and spiritual essence of the sender. 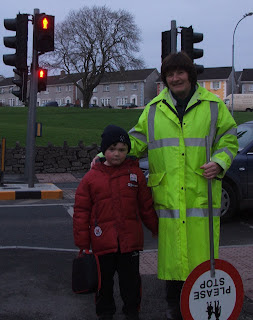 Last day in school before the Christmas vacation
My young son Dáire with Helen, the school 'lollipop lady' beside the traffic lights on the Headford Road/Tirellan intersection.

The lights were only just installed as a result of a 5 year long campaign that I had initiated as part of an attempt to return the streets of the Galway to pedestrians, cyclists, wheelchair and buggy users. 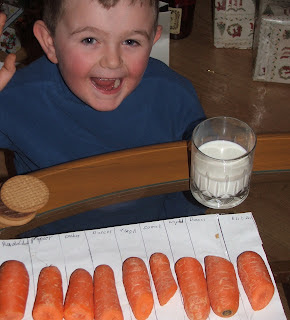 Dáire preparing the food and drink for Santa's visit.
He leaves milk for Santa and a carrot for each of his accompanying reindeers. To avoid confusion, Dáire placed the name of each individual reindeer ('Donner', 'Blitzen', 'Comet'...)above the appropiate piece of carrot! 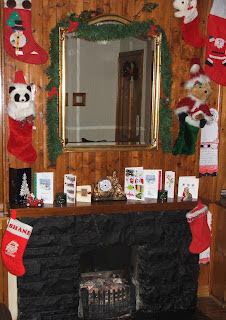 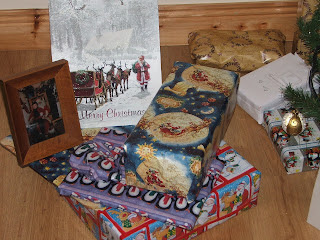 Placed at the base of the Christmas Tree, by Santa of course!!